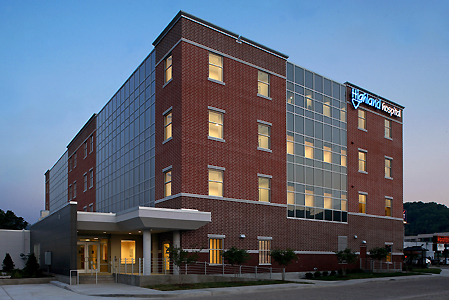 Six hospitals in rural North Carolina are considered "most vulnerable" to closing.

A national study revealed that 30% (15 of 50) of North Carolina's rural hospitals are in danger of closing from funding shortfalls. The Chartis Center for Rural Health lists six state hospitals as "most vulnerable," while nine more are "at risk."

The report states: "As of  January 1, 2020, the rural hospital closure crisis has claimed 120 facilities across the nation...The accelerated rate at which rural hospitals are closing continues to unsettle the rural healthcare community and demands a more nuanced investigation into rural hospital performance."

North Carolina is one of 14 states that have not expanded Medicaid since the Affordable Care Act was passed and implemented. The study suggests that Medicaid expansion could bring stability and additional federal financial resources to rural hospitals.

Hospitals in the study were deemed vulnerable when their financial status was compared to the 115 hospitals that have closed. Most of the closed hospitals exhibited a rapid decline in performance in the year leading up to its closure. North Carolina makes the tail end of the list of states with the most closures with five hospitals closing since 2010.

In 2019, the state legislature passed a bill that would make Randolph Health eligible for a $20 million loan through the Rural Health Stabilization program. per a report in the News and Record. To do this, the hospital would have to secure a financial sponsor (the county), allow a transition organization to operate the hospital for up to three years, and secure a new ownership or management group.

Gov. Roy Cooper and Republican legislators are at odds over the 2019-20 budget, the paper said; Cooper won't approve a budget without Medicaid expansion. According to a Kate B. Reynolds report, expanding Medicaid could create more than 37,000 jobs by the end of 2022 as well as an additional $11.7 billion in Medicaid funding.

Elected officials in rural areas have been calling on their legislators to expand Medicaid.

“The best way to save health care dollars is to keep people healthy," Rep. Joe Sam Queen told the News and Record. "So we want them to go to the doctor before they are in crisis mode. It is proven this saves money. It’s time the citizens understand what’s at stake and make their case to elected officials to do the will of the people.”

Want to get notified whenever we write about ?

Sign-up Next time we write about , we'll email you a link to the story. You may edit your settings or unsubscribe at any time.